«Any power you don’t use yourself is gonna be used against you». Audre Lorde’s words accompany on the Black Protest International Facebook page the reasons of the Polish women that today, Monday October 3rd, are striking against the abortion bill, which is under discussion in the Polish parliament. The meaning of this law, which aims at erasing the few exceptions of an already extremely restrictive law, is clear: what is debated in the Polish parliament are the political conditions of the subordination and exploitation of millions of women, whose fate as «reproductive machines» should be established by law. A new and stricter «Ordo iuris» – to recall the name of the group who promoted the legal initiative – should be organized starting from the institutionalized command on women’s body. The #blackprotest, then, goes well beyond the claim of an individual right to choose: picking the strike as the mean of their protest, the Polish women want to assert the power they exercise in production and reproduction against the order that aims at using this power against them. 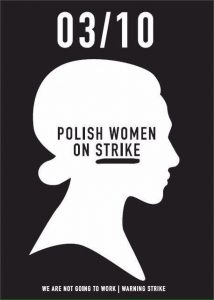 The current clash in Poland crosses its national borders. It is certainly true that the law proposal has been elaborated and supported by a right wing government, that is subverting all democratic procedures, and in a framework marked by catholic fundamentalism. It is as well true that, as in the case of the migration compact, the Polish government does not miss any opportunity to deepen its friction with the European Union, whose parliament has criticized the law proposal taking it as a violation of the basic freedom rights. Nonetheless, also this nationalistic and ultra-conservative policies have to be understood inside the wider framework of the neoliberal policies enacted by Europe and its States. As the freedom of movement, so the freedom to autonomously choose over one’s own body has to be governed and, if necessary, repressed in order for it to be functional to the imperatives of production and social reproduction. Polish women are free to accept an exploitation equal or stronger than that of men, but are not free to decide over themselves and over their body and by that to put into question the male domination. Thus, maternity becomes a social coercion while remaining a completely individualized responsibility, as attested by the extremely severe punishment that women having an abortion would suffer, in case the law is approved. As the Italian Fertility Plan – the other side of the continual attacks on the law on abortion, that still formally grants the right to abortion – the Polish law aims at neutralizing the socially subversive effects of the refusal of maternity as a destiny. Polish women express this refusal in many ways: not only through illegal abortions, carried on in Poland notwithstanding the restrictions imposed by law or abroad, but also by migration, that radically transformed the traditional patriarchal forms of social organization, first of all the family, and that allowed women to escape their coercion. The abolition and penalization of abortion that this law wants to impose aims at restricting the spaces of freedom for women. This does not mean of course that they are «pushed back into the domestic sphere». Their work will continue being essential to the production of wealth, as much as their wages – and their remittances, in the case of migrant women – will continue to support the reproduction of their families. The key is rather the reaffirmation of maternity as the symbolic bulwark of male domination and the core of the reproduction of roles and authorities from which neoliberalism feeds itself. The dimension of this neoliberal patriarchy, together with the women’s movements to escape its grip, bestow on this protest a transnational meaning, attested by its dissemination in dozens European cities: while migrant women coming from Poland claim to make their voice heard also beyond the borders of their country of origin, the #blackprotest concerns the possibility for all women, in all corners of Europe, to refuse the neoliberal command on their body.

In this way, the strike becomes a feminist practice in which women express a threefold power, as women, as precarious and as migrants, asserting politically their specific condition against the global order of patriarchal neoliberalism. The strike becomes a feminist practice because it aims at disrupting production and social reproduction starting from the protagonism of those who are their pillars. Today Polish women are not going to work, challenging all the limits imposed by strike legislation and by their daily precarity: school and university teachers will suspend classes, mothers will not bring their children to school in order to allow teachers that cannot strike not to go to work, precarious workers will ask a special permit for blood donation in order to abstain from work or will take a day off. The importance and the mass dimension of this protest – started with a demonstration of thirty thousand women in Warsaw in March – are so big that some enterprises have been forced to change working plans, trying to rely just on men for the Monday’s shifts, while the Warsaw National Theater will close and in the Wrocław one the cashiers will be covered for by men. The objective limits to the participation will be overcome giving to all women the possibility to demonstrate symbolically, by working with a black ribbon – that recalls the color chosen for this struggle and its rage – or by disseminating on the social networks photographs with the by now global hashtag  #CzarnyProtest. At the end of the day, in seventy Polish cities demonstrations are going to take place in order to give the highest visibility to this mass mobilization. It is not just an abstention from productive labor: the invitation to disrupt every domestic activity and care work, the appeal to men to take part in this protest by doing whatever is necessary to let women be protagonists break the border between the public and the private and subvert the sexual division of labor that supports it.

This strike is a social strike because the women who are making it refuse at the same time the double subordination and exploitation that the production of wealth and the reproduction of society impose on them. For this reason, the Polish women strike is a political strike: it does not defend the prerogatives of this or that labor category, but ruptures the traditional assets of the unionized organization of labor to assert the radical refusal of subordination and exploitation, as well as of every attempt to criminalize that refusal. It does not suppress the specific difference of women in a generic plea for unity, but affirms it and in this way hits the heart of the neoliberal order and of the policies that hold it up. Also for this, the strike targets the men as well: instead of defending their privilege, if they really want to overthrow exploitation and oppression they should recognize the patriarchal nature of the neoliberal order they act in and choose the side on which they want to stand.

Today in Poland the protagonists of the strike are women. It is in some way ironic that a government that is systematically rejecting refugees and migrants finds itself confronted at home with a protest that assumes as its model «a day without us», launched by latinos migrants in the US. Through the strike, these women are taking back the power that is going to be used against them and are challenging the physical and symbolic borders that support their subordination as women, precarious and migrants. The importance of this strike cannot end in a day but needs to become part of a project. It crosses the borders, expresses the mass refusal of the political conditions that force women into subordination, aims at asserting the power of a part of society against its global order. For all these reasons, the Polish women strike shows the way to each strike project that aims at being social and at subverting the present. 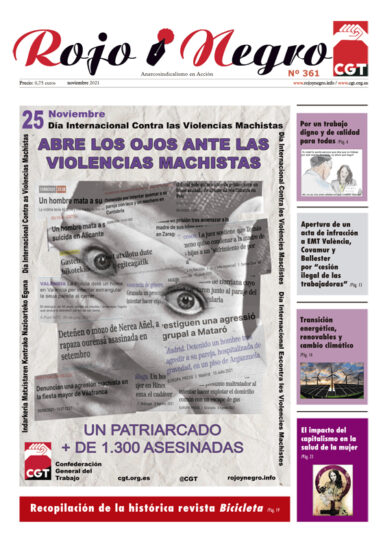 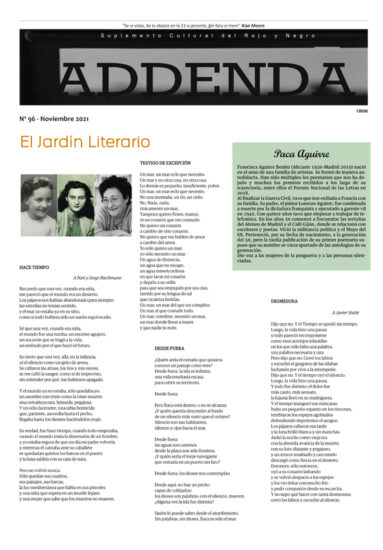 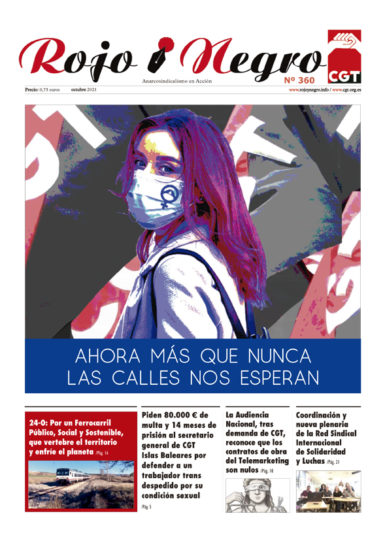 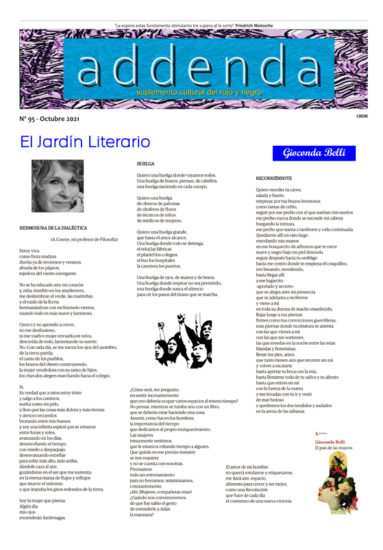 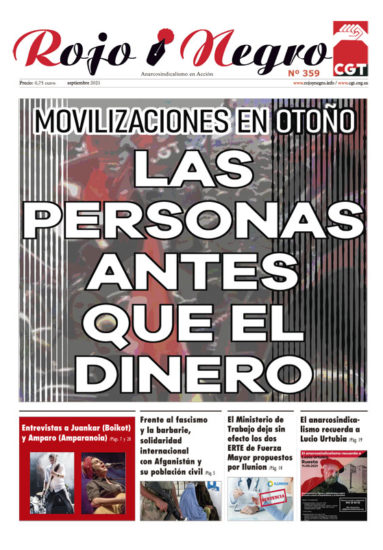 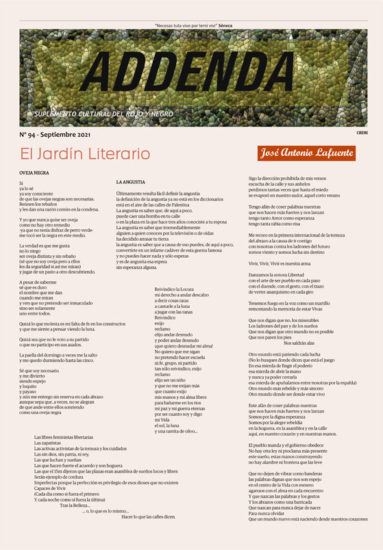 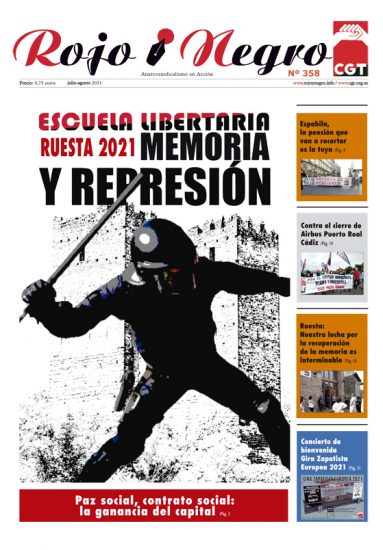 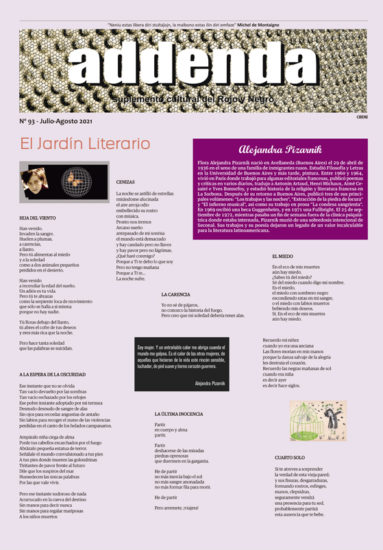 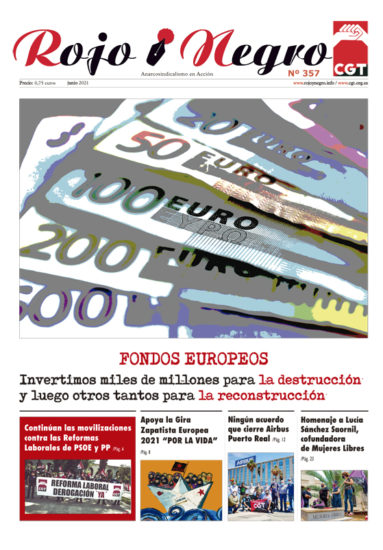 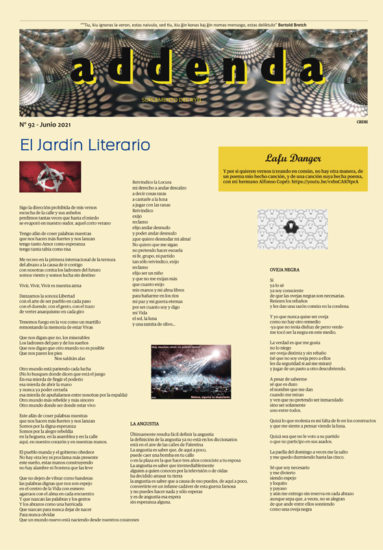